Chapter One: Why read aloud?

Creating Lifetime Readers: Are we there yet?

The National Endowment for the Arts has been surveying adult reading habits for almost 25 years and their most recent report coincided perfectly with the NAEP assessment of pleasure reading among 13- and 17-year-olds. Adult reading of literature (fiction books, short stories, or poetry) was down 22 percent from its 1982 survey, and the decline was evidenced in every age, gender, ethnic, or educational category. By 2002, only 46.7 percent of 17,000 adults surveyed had read any fiction in the last year.1 When that was expanded in a different survey to include newspapers or any kind of book or magazine, the figure rose to only 50 percent of adults.2 In short, half of America is alliterate.

In comparing 2004 NAEP scores with those of 1971, there is no change for 17-year-olds and an insignificant change for the 13-year-olds.3 That's 30 years, with half of it devoted to national and state curriculum reform and higher standards, yet no improvement. Actually there was a change among the high school seniors in the last 20 years and it mirrored the change in adult reading habits. As I noted, the adult recreational reading dropped 22 percent in the last 20 years. Among 17-year-olds (where all the elementary instruction is supposed to take root and finally blossom), the percent who never read anything for fun increased from 9 percent in 1984 to 19 percent in 2004. When you add on those who read only once a month or a few times a year, the figure expands to 48 percent, pretty close to what you find among adults.

This trend was first noticed as far back as 1983 and a national committee was created to explore the causes and solutions. It was called the Commission on Reading, organized by the National Academy of Education and the National Institute of Education and funded under the U.S. Department of Education. It consisted of nationally recognized experts in how children develop, how they learn language, and how they learn to read. Since nearly everything in the curriculum of school rested upon reading, the consensus was that reading was at the heart of either the problem or the solution. This commission was markedly different from the one created in 2000, the National Reading Panel, the one that created the reading curriculum under the No Child Left Behind Act (Reading First). More on that later.

The 1983 commission took two years to pour through more than 10,000 research projects done in the last quarter century to determine what works, what might work, and what doesn’t work.

In 1985, the commission issued its report, Becoming a Nation of Readers. Among its primary findings, two simple declarations rang loud and clear:

In its wording—“the single most important activity”—the experts were saying reading aloud was more important than worksheets, homework, assessments, book reports, and flashcards. One of the cheapest, simplest, and oldest tools of teaching was being promoted as a better teaching tool than anything else in the home or classroom. What exactly is so powerful about something so simple you don’t even need a high school diploma in order to do it and how exactly does a person get better at reading? It boils down to a simple, two-part formula:

Email ThisBlogThis!Share to TwitterShare to FacebookShare to Pinterest
Labels: Artikel 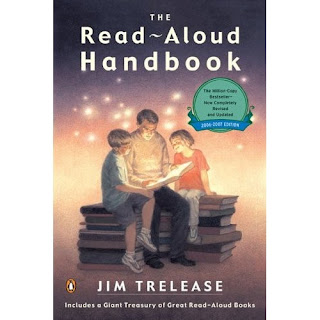 Email ThisBlogThis!Share to TwitterShare to FacebookShare to Pinterest
Labels: Pendidikan